Fiona and Brian were kind enough to fly me to Spain to provide music for their ceremony and Pre-reception in May.

What an absolutely amazing experience. One of the most enjoyable aspects of the wedding ceremony was the Priest. There was lots of laughter and giggles throughout the entire ceremony and it was lovely to see such a happy bride and groom.

Fiona and Brian chose some wonderful songs that both meant a lot to them and that represented them perfectly.

Fiona walked up the aisle to Beyonce’s ‘Ave Maria’. The rest of the ceremony music was a mixture of traditional and wedding favourites including ‘All I ask of you’ from Phantom of the Opera for communion and ‘The Rose’ which is a personal favourite of Fiona’s for the unity candle lighting.

The recessional was one of Brian’s favourite songs, One by U2 which was so appropriate since they are both from Dublin and a really cool couple.

The reception was held in one of the most beautiful places I have ever been. A private villa in the hills of Spain looking over a lake with the sea in the distance and the sun shining.

Brian and Fiona are both have great taste in music like Bryan Adams and U2 so I incorporated some of these classics in to the acoustic pre reception set along with the likes of John Legends ‘All of Me’ and Some Ed Sheeran numbers.

I wanted to create a really cool laid back vibe to go along with the wonderful Spanish atmosphere for a really cool couple. I also had the privilege of being the first person to introduce the newly married couple as they entered for the Dinner reception.

Thank you to Brian and Fiona for not only having me sing for your special day but for letting me celebrate with you that weekend! Such wonderful memories with people I now call great friends!

This site uses Akismet to reduce spam. Learn how your comment data is processed. 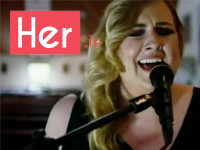